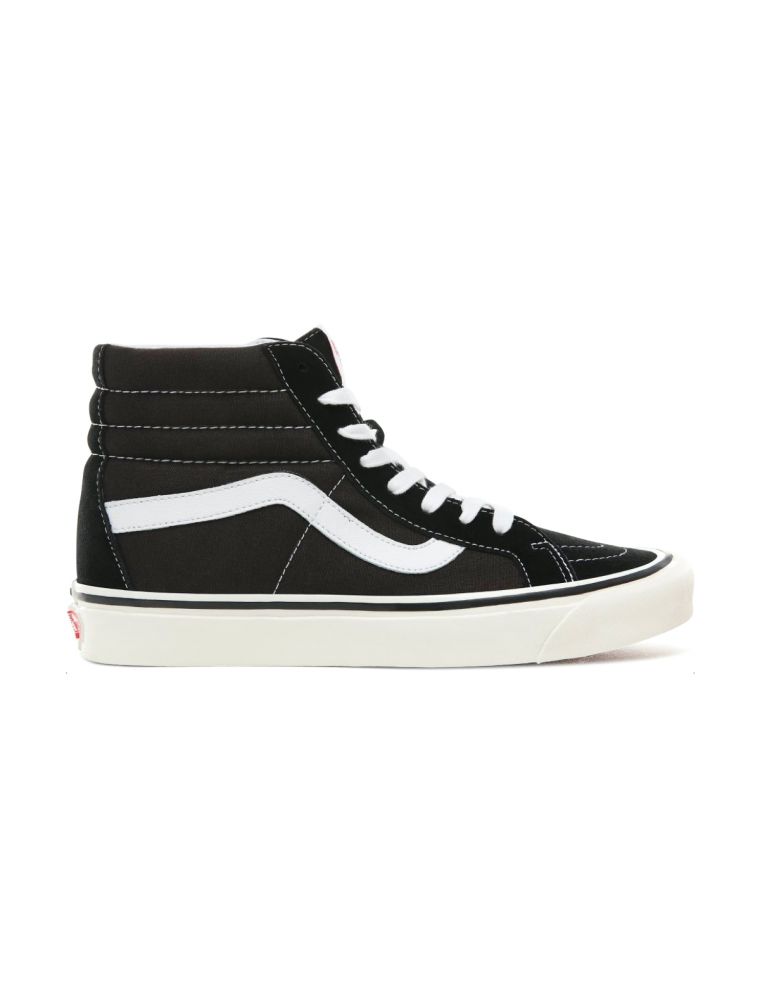 €63.00 -30%
€90.00
No tax 4 - 10 working days
| Pay in 3 installments with no interest at checkout
Delivery in 2-6 weekdays| 1 Piece Available
Delivery in 2-6 weekdays | 2 Pieces Available
VANSVN0A38GFPXC1-36
Lightweight, lace-up, and high-profile, the Vans Sk8-Hi shoes feature a heel cushioning system for added comfort, a reinforced toe that stands the test of time, and a padded collar for superior support and flexibility. The original waffle rubber sole gives this model maximum grip. Composition:55% leather, 45% canvas